The event, organized by Sustainability Project, is part of the latest “The Compassionate Society or Living as if We Give a Damn…” speaker series. 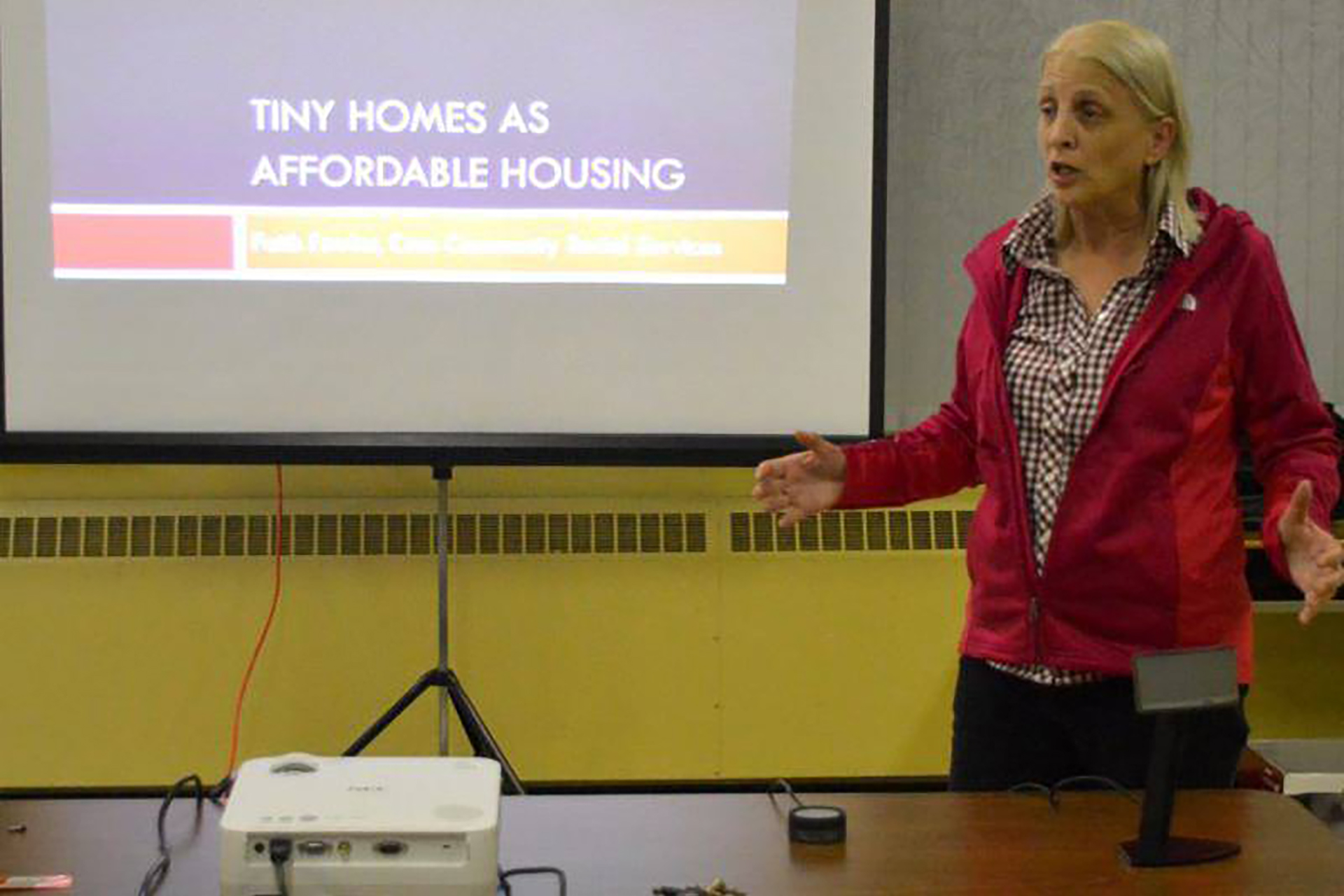 Now with the Tiny Homes Project, she’s helping people achieve what once seemed nearly impossible — owning their own home.

“We’re doing this because our people didn’t have anywhere to go and they didn’t have any way to get ahead. So much of what we’ve done so far is to stop people from being homeless; this program is to help people stop being poor,” Fowler told a crowd of about 25 people at the New Dawn Centre for Social Innovation in downtown Sydney this week.

The event, organized by Sustainability Project, is part of the latest “The Compassionate Society or Living as if We Give a Damn…” speaker series.

Tiny Homes is building 25 houses between 250 and 400 square feet in Detroit’s west side for low-income owners. For $1 per square foot in rent (as well as agreeing to attend monthly homeownership meetings and receive financial coaching) a person making $9,000 a year could end up owning the house and land, in seven years.

The first seven houses were recently completed and Fowler said the results are promising.

“I’m trying to create a space where poor and middle-class people can live together and have a good life in the city and have economic mobility in a way that they didn’t before. I can’t solve everything but this is one that’s a no-brainer.”

Tracey Harris, an assistant professor of sociology at Cape Breton University and one of the organizers of “The Compassionate Society or Living as if We Give a Damn…,” said she’s hoping the series speaker will inspire people and bring them closer together.

“We really wanted to create a space where people could not only be inspired but then go on to create a more compassionate and resilient community, wherever that community is for them.”