OneNS Coalition in Sydney to foster entrepreneurial spirit among youth

“We’re on our way to beginning to try to figure out how to encourage and inspire people to create work for themselves, and wealth on behalf of this community.” 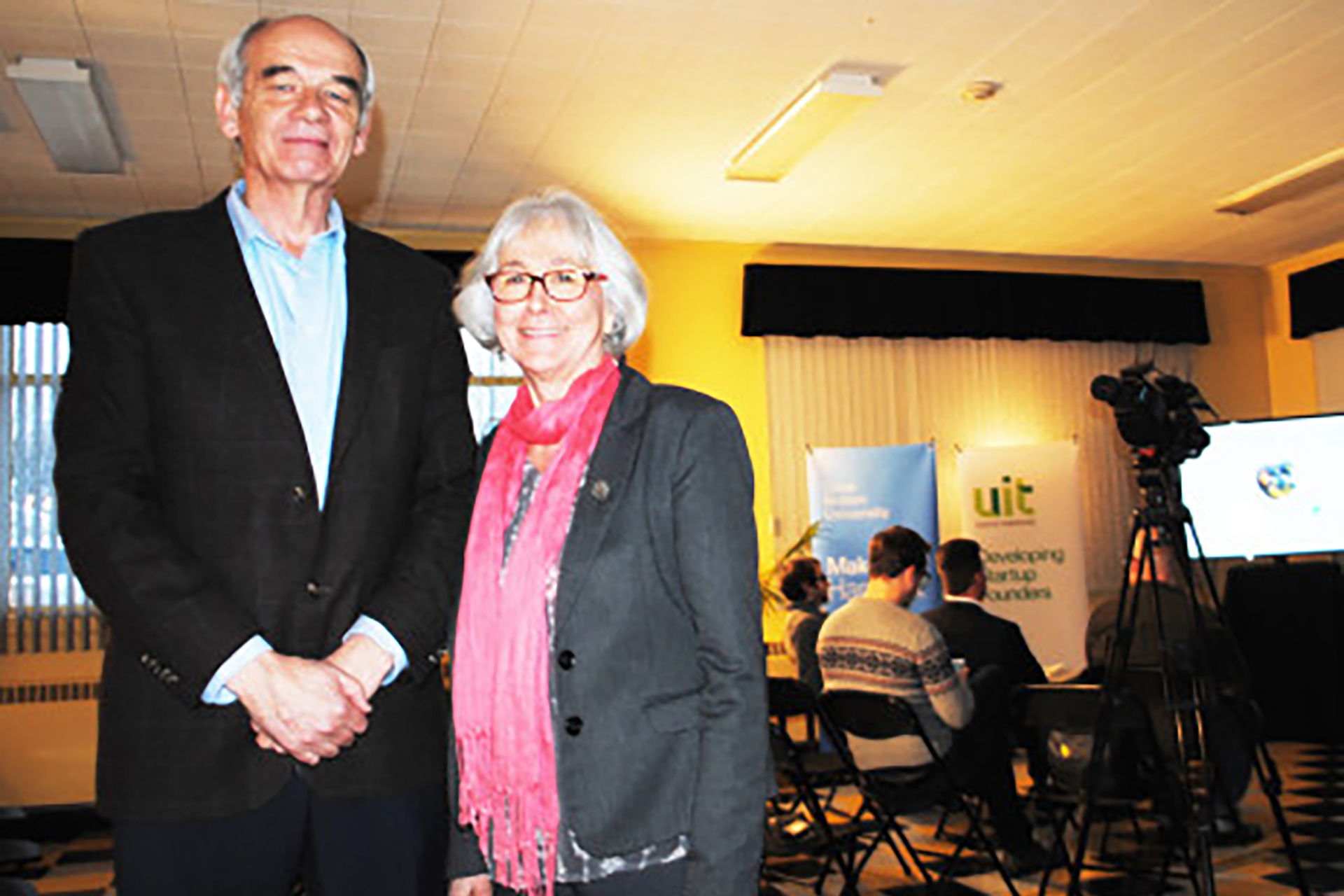 The two Cape Breton members of the One Nova Scotia Coalition — Rankin MacSween, President, New Dawn Enterprises and Joella Foulds, Executive Direction, Celtic Colours International Festival — are in Sydney this week with other members of the panel to look at innovative ways of fostering an entrepreneurial spirit among youth.

“Jobs and job creation is about somebody else out there is responsible and ‘I’m going to get that job and do what that guy tells me to do.’ Work is what is happening in this building,” said Foulds as she gestures to the space around her at the New Dawn Centre for Social Innovation. The former Holy Angels High School has been transformed into an incubator for several small business startups, community groups and service-based organizations. “People are creating something. They’re creating a business for themselves, they’re creating a meaningful activity that brings them income.”

MacSween, president of New Dawn Enterprises, said the former all-girls school is about at 90 percent capacity. For too many years, he said, the public has relied on government to support jobs through the resource economy — coal mining, fishery and forestry — with little focus placed on entrepreneurship.

“There’s this whole mystery associated with entrepreneurship. And entrepreneurs can be encouraged, nurtured, educated and trained. We know that intuitively,” he said. “We’re on our way to beginning to try to figure out how to encourage and inspire people to create work for themselves, and wealth on behalf of this community.”

The One Nova Scotia Coalition was established to help create a common agenda and foster broad-based action in response to the Ivany report on the state of the province’s economy. This multi-sector, all-party, 15-member panel is working on a 10-year, provincewide approach for all sectors to work toward the report’s population and economic renewal goals.

They turn their attention to immigration and retention during a daylong session at the Membertou Trade and Convention Centre today. The coalition will hear from local Mi’kmaq students on their experiences in Cape Breton University’s Music Mogul program at noon. In the evening from 5-7 p.m., the Cape Breton Partnership will share its work with coalition members, and begin to encourage “broad-based” action on the issues.

The Report of the Nova Scotia Commission on Building our New Economy called for the province to each year: